Santa Claus and one of his elves brought Christmas cheer to the soup kitchen on Wednesday, Dec. 16 – while respecting COVID-19 social distancing.

When not swaying to the beat of Jingle Bells and other Christmas tunes blaring in the background, Santa, his elf and a crew of volunteer helpers handed out bags of toys to children, and a variety of candy, gloves, masks and soap to adults. (Photo album.) 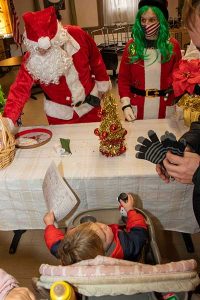 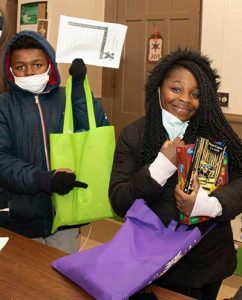 With a wind chill of 9 degrees, a number of parents coming to the soup kitchen had their children stay home. But the kids didn’t miss out, as parents and even grandparents got to bring toys home. 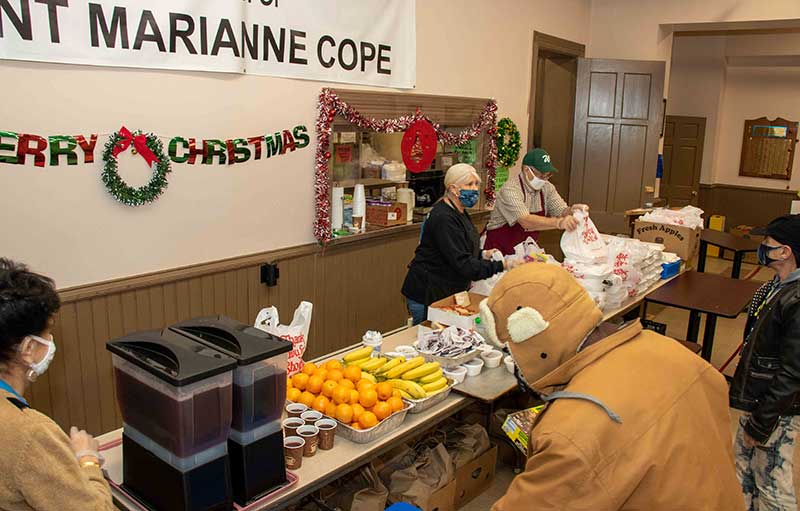 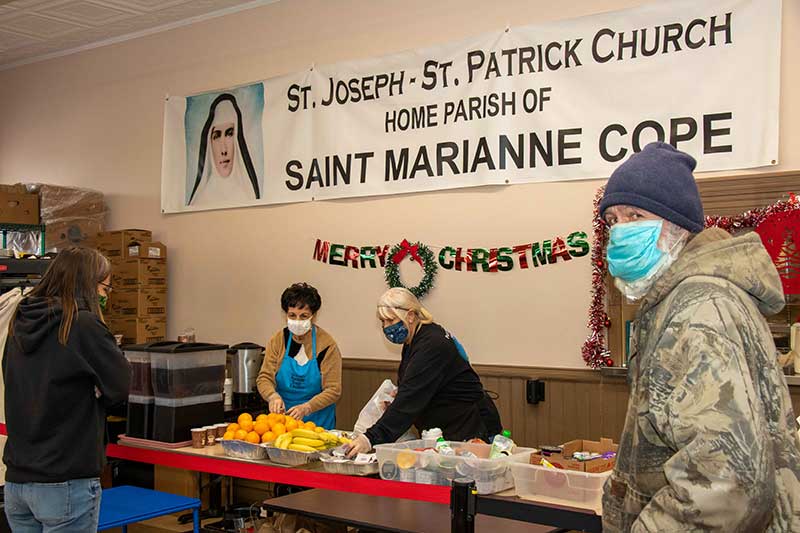