The chatter and squeals of children permeated the soup kitchen Dec. 23. Santa Claus was paying an early visit. He had an elf helper, and several sacks of toys to hand out.

Over 30 children were among the guests. The kids gravitated toward the Christmas tree where Santa was sitting with his helper elf.

Cassandra Harris Lockwood showed up with her guitar and led children in renditions of Jingle Bells, Rudolph the Red Nose Reindeer, and Frosty the Snowman.

Nancy Robert, who helped coordinate Santa’s appearance, said they wanted to do something special for the children, and expressed gratitude to everyone who donated toys – especially the “VFW in Remsen” which donated four bags of toys. And just when they thought they might run short, she noted, a man showed up hauling three sacks of gifts. 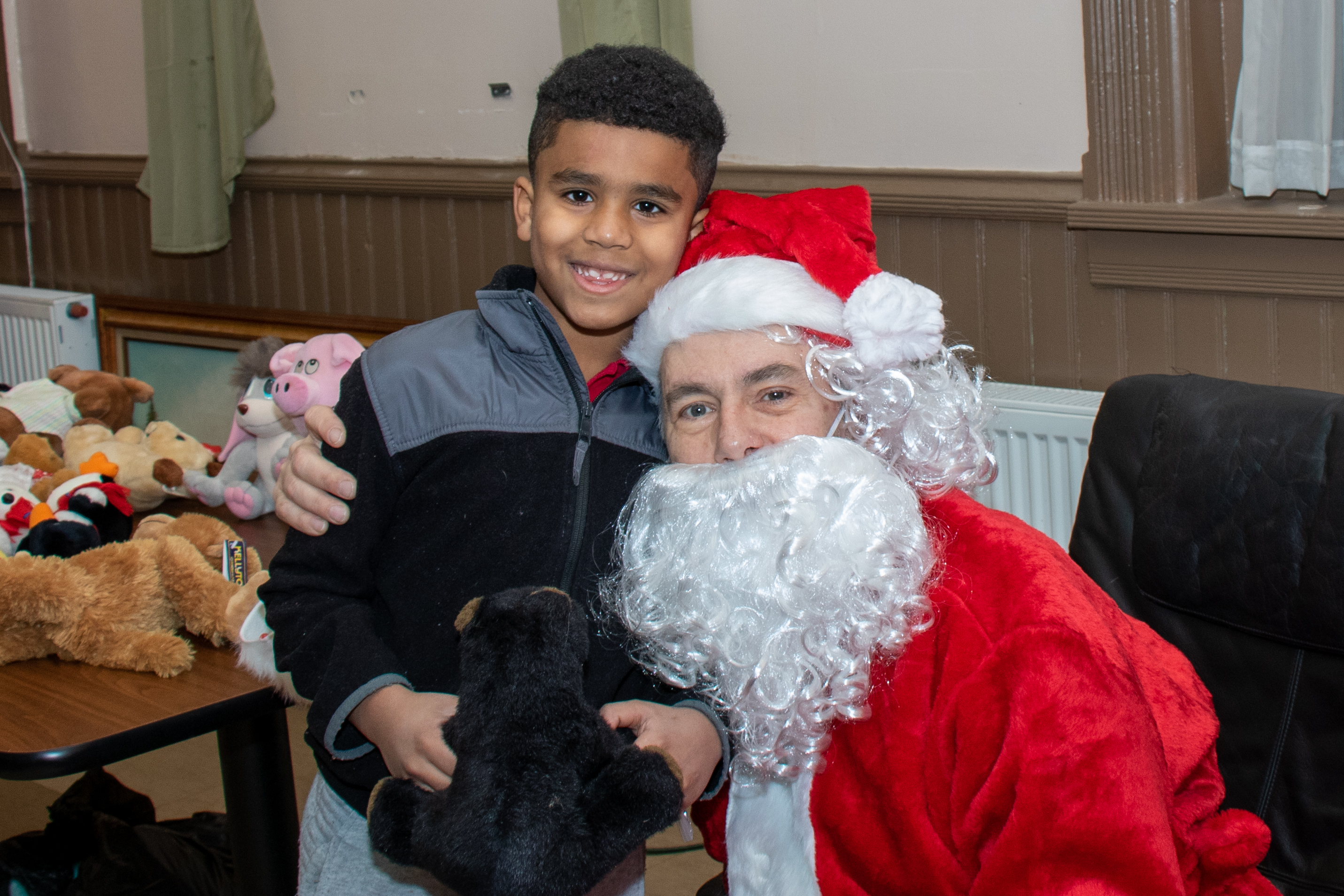